Get to Know the 9 Overlays in the Map Search 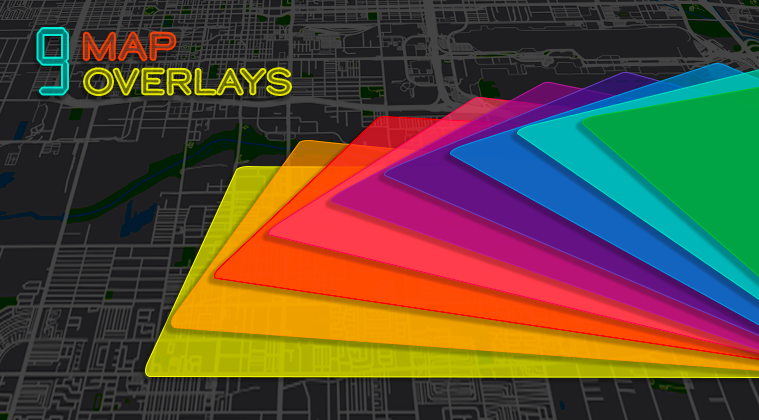 The Flexmls map contains a variety of overlays that provide useful information and can enhance your searches. These are especially helpful if you want to see and/or draw the borders of any given overlay. These overlays can show you boundaries of subdivisions, neighborhoods, ZIP Codes and more.

Note that many of the overlays listed below can only be seen at specific zoom levels. If you add an overlay but can’t see it clearly, zoom in or out accordingly.

There are two different types of overlays to choose from: Standard Overlays and Maponics Overlays.

1. AZ Cities
This overlay displays the boundary lines for cities within the state of Arizona on your map. 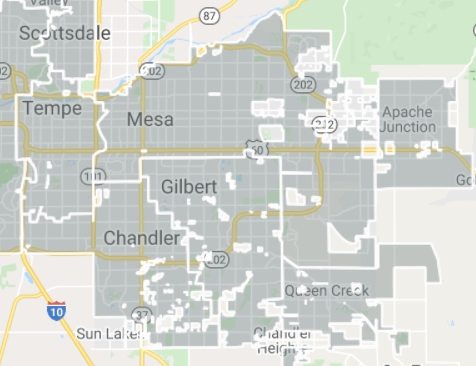 2. Counties
This overlay places the county lines on your map. You can also use this to view all of the other counties in the United States. 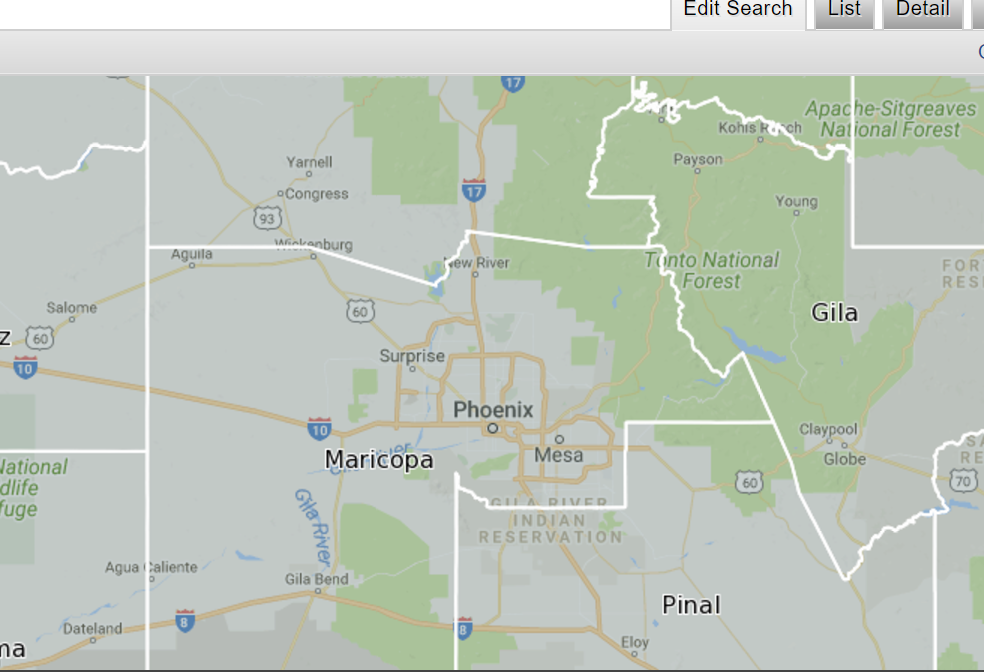 3. FEMA Flood Zones
This overlay will show you where all of the flood zones are located in the Valley. You can also use this nationwide. 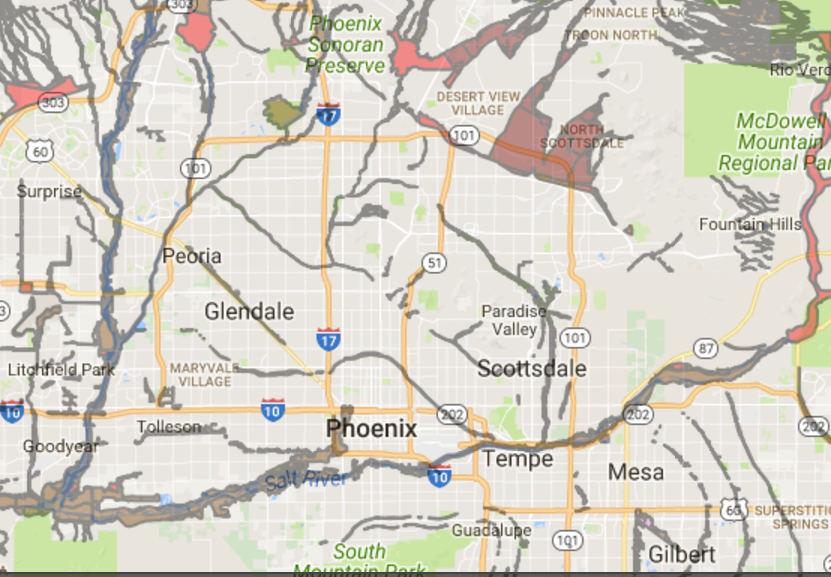 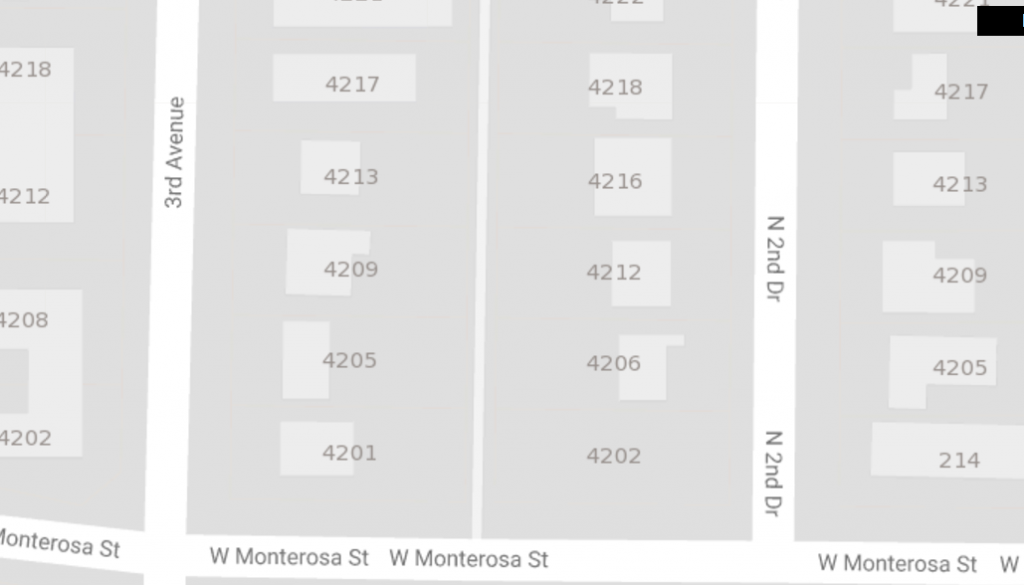 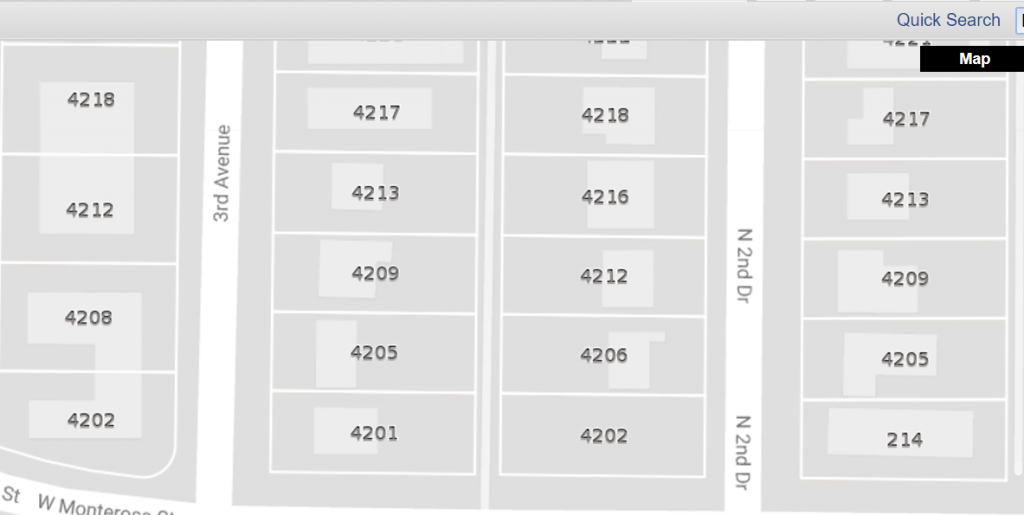 With the overlay selected. 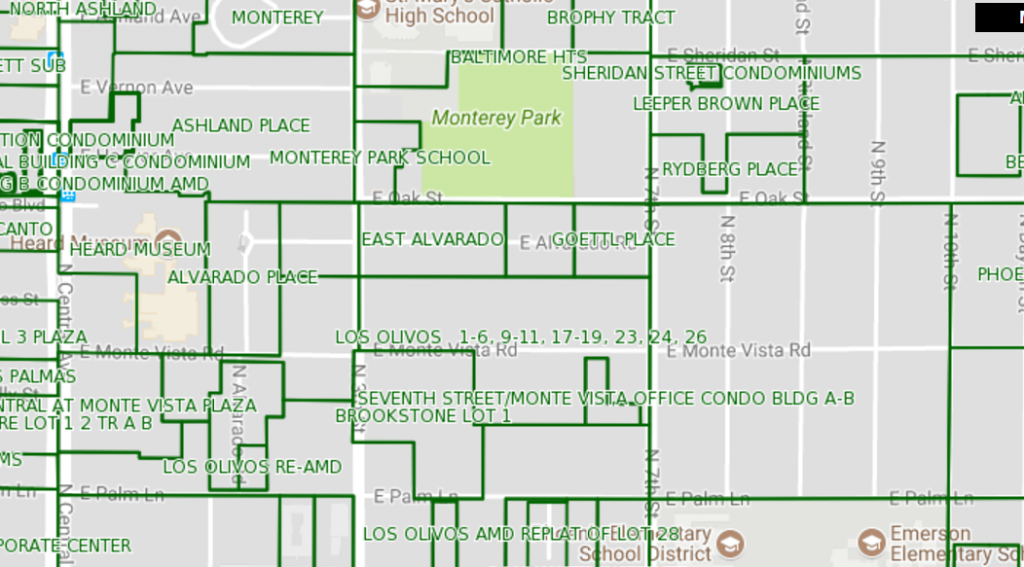 6. Zip Codes
This overlay plants all of the ZIP Code borders around the Valley but can be used nationwide as well. 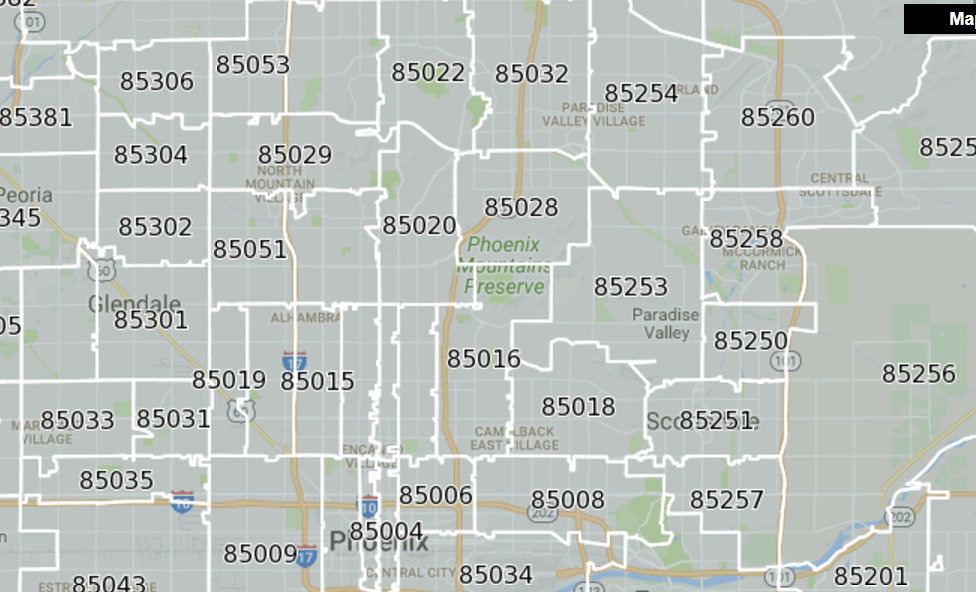 Maponics (now owned by Pitney Bowes) is a third-party company that focuses on outlining geographical areas for businesses.  The Maponics Overlays should mostly be used when searching in areas outside of Maricopa or Pinal Counties. 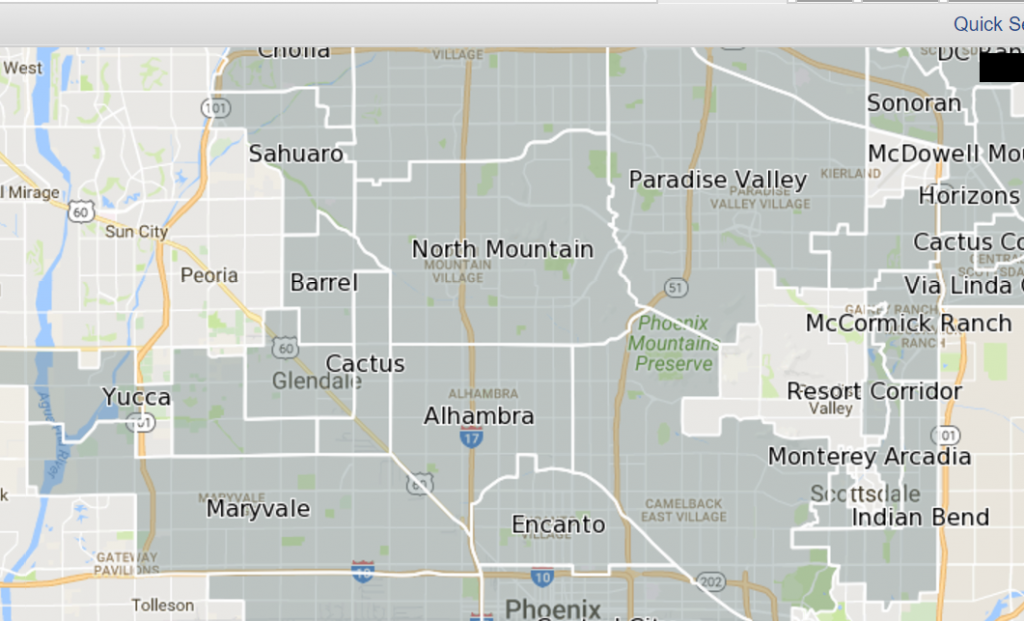 8. Neighborhood Maponics
This dives a little deeper by placing well-known neighborhoods on the map. Such neighborhoods include Biltmore, Sunnyslope, Alta Vista and more. 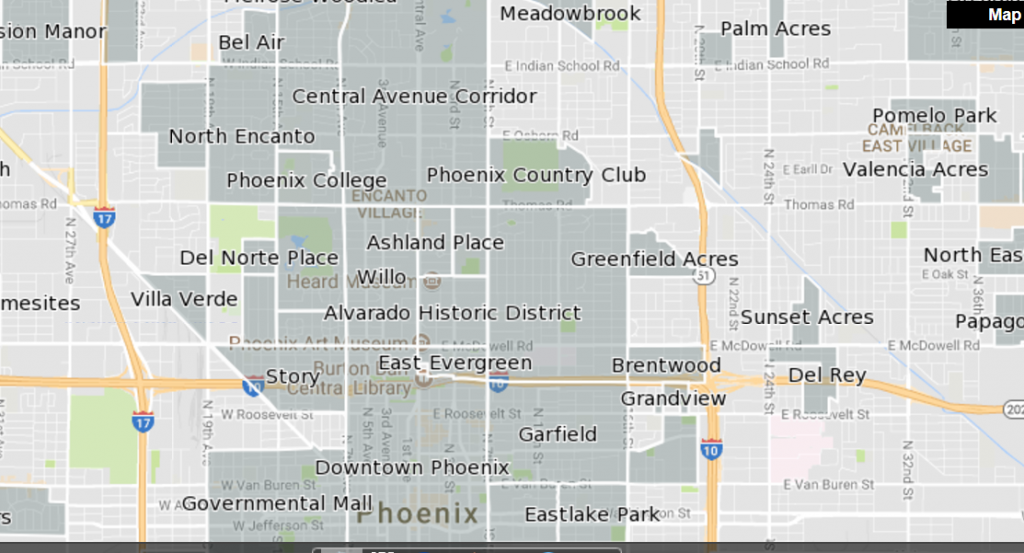 9. Subdivisions Maponics
This focuses on all of the commonly known subdivisions, such as Copper Square, Monterey and Arden Park. But unlike the Standard Subdivision search (which can only be used in Maricopa and Pinal Counties), this search can be used across the entire United States. 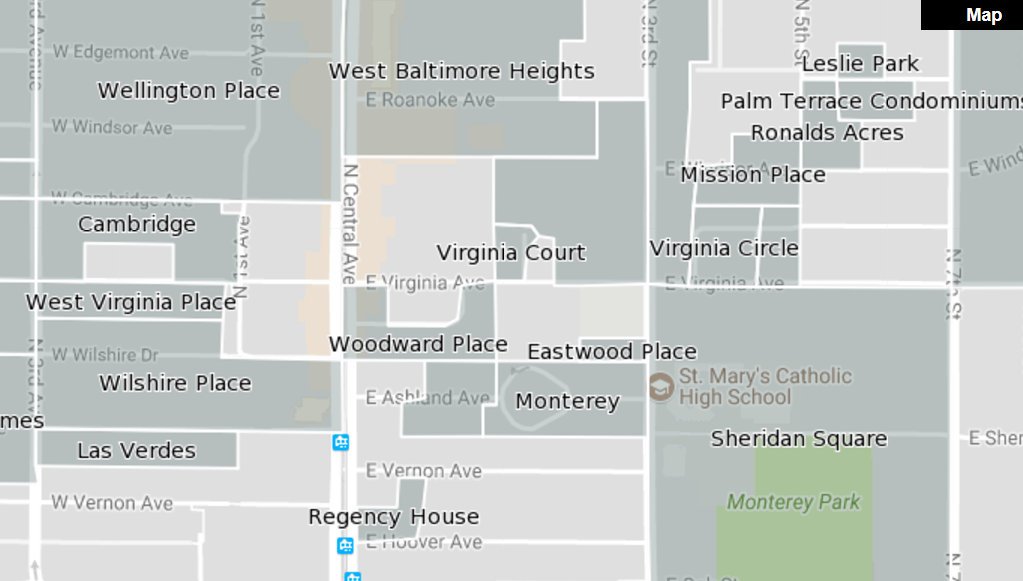 Remember, whatever overlay you decide to apply to your map, you must zoom in or out accordingly to use the selected overlay. Play around with it and have fun!