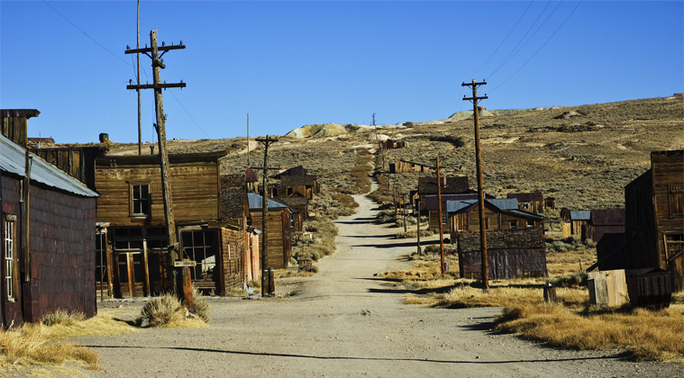 Travel any direction in Arizona and you’ll find an empty, abandoned town. Some are intact, some are nothing but rubble but all of them offer a glimpse into our history. We’ve pulled together a handful of abandoned burgs that offer more than just a peek into the past- something otherworldly is said to exist at each of these locations. These five villas truly put the “ghost” in ghost town. 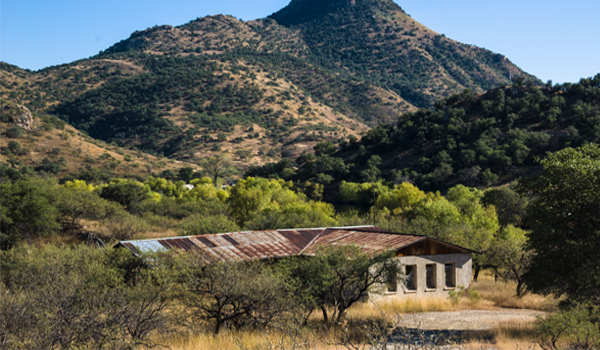 From 1877 to the 1940’s, this mining town in south Arizona produced the most lead and zinc in Arizona. But what it’s most famous for is the Ruby Murders. In the 1920’s, a group of bandits robbed and killed the two owners of the Ruby mercantile. The next year, the bandits returned and killed the new owners of the store. They were caught, but escaped and killed two more people. The bandits led police on one of the largest manhunts in the Southwest until they were eventually caught in 1922. Today, it’s one of the most well preserved ghost towns in Arizona with an incredibly eerie atmosphere. For a small fee, you can tour the grounds and visit the 25 existing structures. 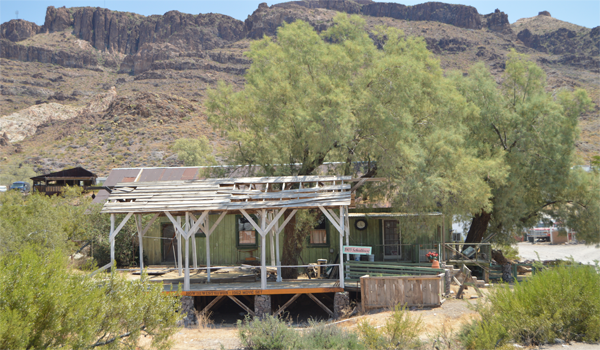 If you’re a fan of paranormal reality shows, you’re probably heard of Vulture City. From 1863 to 1942, the town just outside of Wickenburg became one of the top producers in gold throughout Arizona. But all that gold led to lots of greed. Those who were found guilty of murder or stealing were publicly hung from an old ironwood tree appropriately named the Hanging Tree. Due to the violence in this little town’s history, Ghost Adventures filmed an investigation of Vulture City (season 4, episode 7). If overnighters aren’t your thing, you can take a two-hour, guided tour with the owners. 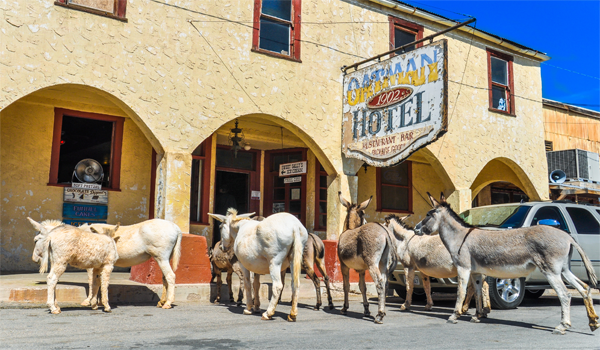 If you’ve seen “How The West Was Won” or  the 1955 “Foxfire” then you’ve seen Oatman, AZ. In 1915, two miners started the town in west Arizona while searching for gold. Within a year, the population reached over 3,500. But after a fire tore through the town and the mine closed, it became deserted. Today, tourist can visit the town to catch an old west-style shoot out or mingle with the wild burros that roam the streets. If you’re feeling especially brave, stop in for a bite at the Duram hotel to catch a glimpse of Oatie the Ghost, who visitors say still occupies the local hotel. 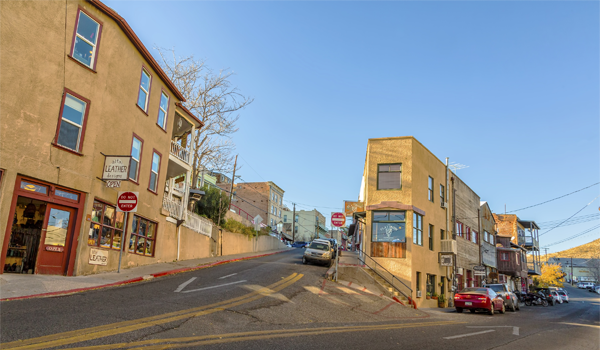 While not totally deserted, Jerome is by far one of the largest. While it’s had residents since 700 BCE, Jerome received its first copper mining town in 1876. By 1900, the town was thriving and business was booming. And with a population that was 75% male, many of those businesses involved gambling, alcohol and prostitution. In fact, one national paper gave the town the moniker of “The Wickedest Town in the West“. One of those businesses was the United Verde hospital. It’s rumored that 9,000 people died within its walls. Today, it’s the Grand Hotel, where you can rent one of the nine rooms and experience things that go bump in the night. 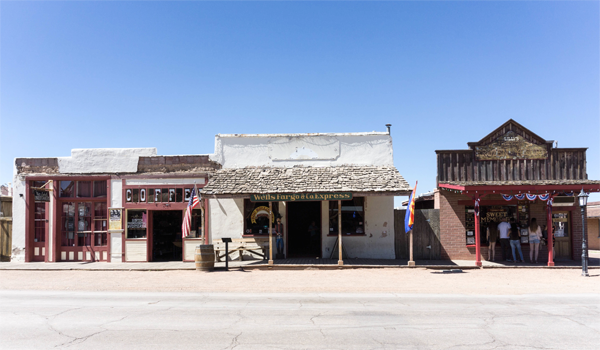 Tombstone, the town “too tough to die”,  is Arizona’s most famous ghost town. Founded in 1879 as a silver mining camp, the town became the county seat for Cochise county. It also became a hot spot for smuggling stolen goods across the border. In March of 1881, three outlaws robbed a stagecoach and killed a passenger. Deputy U.S. Marshall Virgil Earp, along with his temporary deputies and brothers Wyatt and Morgan Earp, pursued the murderers. Seven months later, the chase ended in a show down at the O.K. Corral where the Earp brothers and family friend Doc Holliday killed the outlaws. Visitors can watch a re-enactment of the gunfire multiple times a day, visit the shops and museums and try to spot the ghost of the outlaws that are said to lurk about.