Township, Section, Range – What Do They Mean? 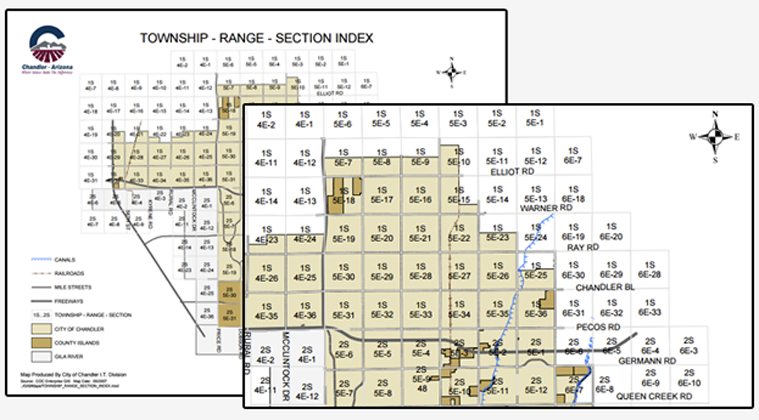 Ever wonder how the Township, Range and Section are determined? Well get ready for a history lesson.

Our story begins in 1785, toward the end of the American Revolution as the U.S. received new land in thanks to the Treaty of Paris. In order for the U.S. to properly assess the new land, the Public Land Survey System (PLSS) was developed to plat or divide real property for sale or settling. The PLSS is now the primary surveying method for the majority of America, excluding the original 13 colonies and Texas.

How the System Works Once the township is established it is then divided into 36 sections measuring 1 square mile, giving us what we see in our tax records today. 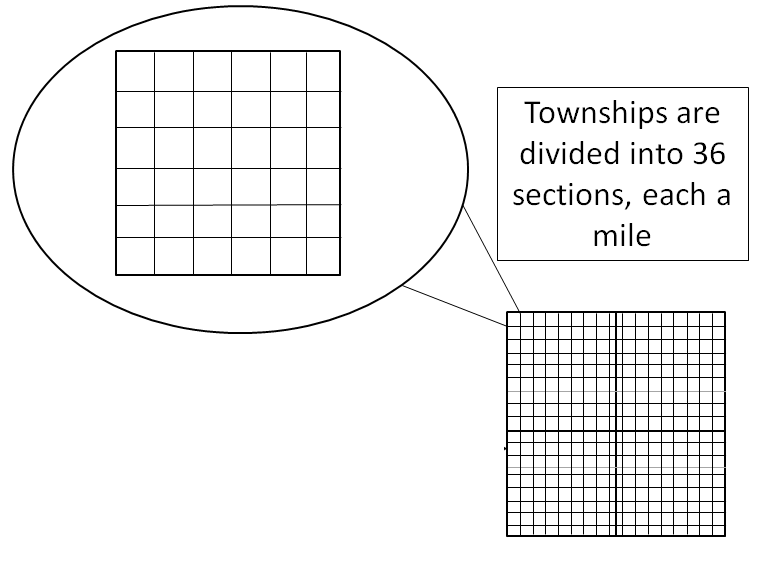 Here is an example using Monsoon.

This property is in section 31, 1 Township north of the baseline and 4 Ranges east of the principle meridian.