No End in Sight for Phoenix Population Growth 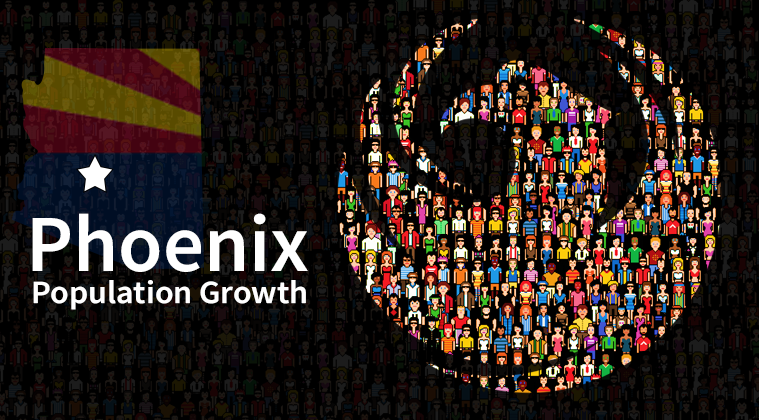 If you’re a real estate agent in Phoenix, population growth is a good problem to have.

According to the US Census Bureau, Phoenix was the second fastest growing “large city” in the country in 2017, after San Antonio, TX.

With that said, Maricopa county was THE fastest growing county last year, adding over 73,000 people from 2016 to 2017. As so many people start to set down roots, it might be time for them to purchase a home.

People have always found Phoenix appealing for its lack of cold weather and snow, but an increase in technology and manufacturing jobs in the area could be another reason for the growth. The Valley has been adding manufacturing jobs every month now for over a year according the Arizona Office of Economic Opportunity. Tech jobs seem to be the wave of the future here in the Valley as well. We have seen an influx of technology companies in the region over the last 5 years, growing from 67 to 281 according to Bisnow.com.

With the low housing inventory and growing population, it’ll be exciting to see how housing trends continue in our market, from new home builds to new areas on the rise in the Valley. For more on what’s happening in our market check out the monthly STAT report.